I thought I’d get a break. Maybe catch some R&R.Boy, was I wrong.My best friend is still MIA.My foe turned friend—Inarus—is safe, maybe. Though he’s anything but sound.And now Melody, my Harpy gal pal—is missing, leaving behind a trail of blood like some macabre Hansel and Gretel.I’m still trying to figure out how to balance being a mercenary, and the mate of the Alpha of Pacific Northwest Pack, and the cherry on the flipping sundae that is my life, is a string of attacks against the Pack’s Clan houses.Something is off about these attacks.The assailants are hopped up on Harpy blood.And I don’t know about you, but I don’t believe in coincidences. Someone kidnapped Melody and they’re using her to go after the Pack.I’ll give you three guesses who it is, but you’ll only need one.The HAC is behind everything, and my mother is behind them. It’s the fight I always knew was coming, but this time only one of us will survive.BLOOD & MAGIC: THE COMPLETE SERIESCURSED BY FIRE (#1)KISSED BY FIRE (#2)BURNED BY FIRE (#3)BRANDED BY FIRE (#4)CONSUMED BY FIRE (#5)FORGED BY FIRE (#6)

I spotted a familiar face in the growing crowd outside and sped towards him. Oh hell no.

He jumped and spun to face me, determination in his expression.

I shook my head. “No. Absolutely not.”

He flinched, his expression now wary. “You don’t think I can?”

I gave a harsh sigh and pulled him away from the crowd of shifters, not that it would do much good. Shifter hearing made privacy nearly impossible.

“Then why?” His cognac eyes pleaded with me, but I wouldn’t change my mind about this.

I rubbed my forehead. Had I ever been this rash and impulsive at his age? The answer was a resounding yes. I was still often impulsive, but I was older than him. Had more experience with life-and-death situations.

Caden was only seventeen. At his age, I’d already been on my own but I shouldn’t have been. I shouldn’t have had to fend for myself the same way Caden shouldn’t be faced with a fight for his life. Not now. Not when he had a promising future ahead of him.

“I know you’re eager to prove yourself.” I fixed him with an unflinching gaze. “But you’re still young and —” he opened his mouth to speak but I pushed on not giving him the chance, “if what Brock says is true and you’re to be the Pack’s next Hunter then what you could do in the future is much more important than what you could do today.”

He gave me a sullen look. “I can do both. I can fight today and still be the Pack’s Hunter.”

I shook my head. Even if that were true, I wouldn’t let him. I refused to have his death on my hands.

“You’ve heard her decision.” Declan’s voice behind me had me whirling around to face him.

“Yes, Alpha,” Caden said as he brushed passed us, heading back to the safety of the Compound with his head bowed and shoulders hunched.

We both followed his retreating form. “You know you can’t protect him forever,” Declan told me.

He nodded before pulling me into his arms and nuzzling my hair. “You’ll make a great mother.”

His words had me jolting out of his embrace as I stared wide-eyed at him.

He gazed down at me, and I felt his hesitancy through our bond. “I just meant that you’re protective. Like a shifter mother with her cub.”

I eyed him warily but accepted his explanation though all of a sudden I felt off-kilter. Declan and I had never discussed having children. Did he want them? Did I?

I shook the thoughts away. Now wasn’t the time. 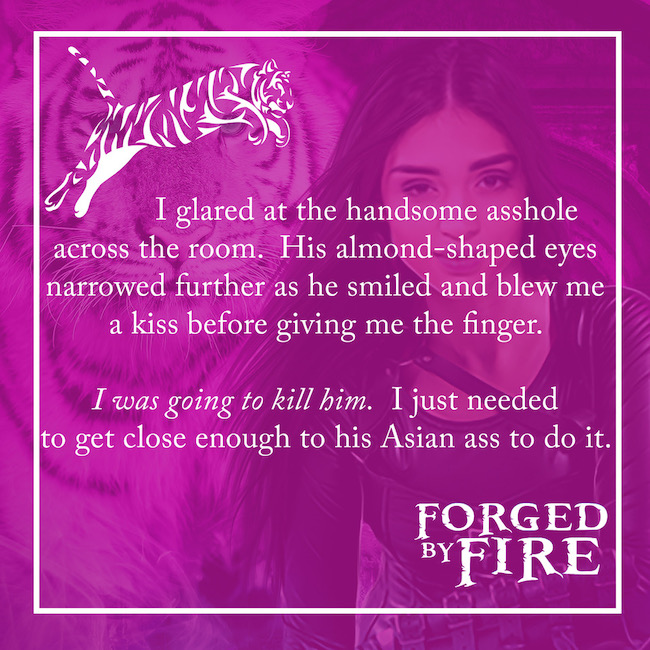 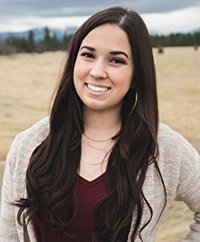 I’m just a girl with an obsession for Marvel movies, a love of all things Urban Fantasy, and a cheerleader for the underdog in any given story.

If you’re looking for a heroine you can root for … someone who defies the odds and gets up every time they’re knocked down … then look no further because that’s what you’ll find in my books.

I hope you’ll join me in Aria Naveed’s adventures. She’s pretty badass if I do say so myself.

And if for some strange reason you want to know more about me, check out my website http://www.Danielle-Annett.com and catch me on facebook https://bit.ly/2t588Uu

Also don’t forget to sign up for my newsletter so you never miss a new release: https://www.subscribepage.com/y7i0o9