You are cordially invited to a destination wedding to die for…

“My rating for Drowning Lessons by Rachel Neuburger Reynolds is five stars. I loved the setting, the mystery is top-notch, the characters are very realistic, yet humorous, and the plot moved well. This series is one that I will be watching.”
~Baroness’ Book Trove

“There are so many fine things about this novel that it’s difficult to enumerate them all. The characters are beautifully drawn; the dialogue sparkles; the setting is vividly rendered…This is sure to delight followers and fans of mystery novels !!”
~Kelly/Reviewer NetGalley

Welcome to Bocas del Toro, a remote chain of islands off the Caribbean coast of Panama. Five days of glorious sun and lush rainforest await the forty guests celebrating Bridezilla Olivia’s dream wedding—but will a murder sink the catered affair? Before anyone’s got time to start working on a tan, an unfortunate snorkeling accident eliminates a member of the wedding party. Maid of honor Lexie Marino smells trouble, and is thrust into the responsibility of investigating, needing to solve the case before her bestie’s trip down the aisle gets tropically derailed. The show must go on.

Lexie’s a little too tall, a little too awkward, and a little too brokenhearted, but she’s determined to nail the real killer. Can this unlikely sleuth stay afloat as she’s hit by wave after wave of wildly entertaining characters, including an alpha bride, surfing detectives, and a high school flame long forgotten? You’ll find yourself laughing until the very end of Drowning Lessons, a debut cozy mystery that makes the perfect beach read. Rub in some coconut oil, dangle your feet in the crystal-blue waters of Starfish Beach, and sip a cool drink as Lexie discovers the deductive superpowers she never knew she had. Let the party begin!

“This story is much more than a cozy mystery. It is a dramedy where literally everything that can go wrong does. Twists, turns, craziness, and good old mayhem fill these pages all on an idyllic chain of islands . . . This was a fun book to read and a great start for this series.”
~Escape With Dollycas Into A Good Book

“Drowning Lessons is filled with humor from beginning to end, not to mention several twists along the way. It’s the perfect beach read.”
~Socrates’ Book Reviews

“Great debut for this new series: a compelling plot, a spectacular setting, and bizarre characters, nothing is missing.”
~LibriAmoriMiei

This is the first book of five in the Red Frog Beach Mystery Series. The Wipeout Affair, Book 2, will be released on October 17, 2019. For information and updates please visit RachelNeuburger.com

Lloyd looked me directly in the eye and a chill ran down my spine, which was half to do with Nico and half to do with Lloyd’s preternaturally blue eyes. Match those peepers with his black hair and 6’4” lithe body, and he was every bit of a vampire who just happened to have a tan.

Carlos and Lloyd brought Nico down to a cabin, while one of the deck crew called ahead to Bocas Town Marina to say that we’d need an ambulance to drive us less than half a mile to the hospital.

We abstained from speech, as drunken revelers stomped around above us. Carlos paced and let us know that we’d need to give the ambulance driver cash when we arrived, as soon as someone could find him. The driver also had a cab that went to Bluff Beach and back, where sometimes he’d spend the day if business was slow. It was unclear whether the vehicle was technically an ambulance at all.

“Of course it is,” Carlos said with a bad poker face.

“Lexie,” I heard Olivia sing from the top of the stairs. “We need you! Migs has a very particular concept for this photo—”

“Can you come down here, Olivia?” I meekly asked.

Of course he did.

“I’m not that kind of doctor,” he said for the second time, stopping when Walter walked into the room.

Walter appeared not to believe what he saw; his dear friend laying still on the bed.

Olivia looked wildly around the room.

The boat docked at the key side and I heard footsteps as our partygoers disembarked above us. Carlos had his crew tempting people away from the ship, making the masses forget that they hadn’t moved on to a second snorkeling spot.

Walter sat silent, head in his hands, elbows on his knees. Olivia, Carlos, and Lloyd heatedly discussed what would happen next. The room went silent when the next thing that Olivia said was, “Let’s keep this quiet until we know what happened. I want to have all the information before we tell the guests.”

Oh no. She’s up to something.

When the group started talking again, Lloyd nodded and motioned towards Carlos and said, “Just let the captain there tell them there was an unfortunate snorkeling incident. I get it, Olivia. Ducks in a row and all that.”

How could you fault a man for being crazy when he so casually owned it?

Did they have a point? I suppose that it might have been wise to wait until it was clear what had happened. Lloyd looked at her, in what I can only describe as clinical bemusement, and gifted her with enough rope to hang herself. He abruptly offered to remove himself from the boat and treat the remaining guests to a late afternoon cocktail at the Pickled Parrot, five minutes across the bay on Isla Carenero.

Walter made a b-line for the bathroom, hand clasped over his mouth.

Lloyd ran his hand through his thick dark hair as he put his sunglasses on, lighting another cigarette, smirking at everyone remaining through his dark lenses.

He handed me a wad of cash for whatever corrupt local might need it and left, turning back to cynically say to Olivia, “I’m so very sorry for your loss.” 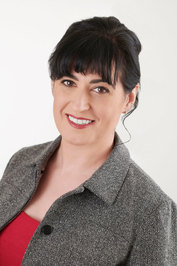 Rachel Neuburger Reynolds is the author of The Red Frog Beach Mystery Series. As a playwright, her plays have had been produced in London, Edinburgh, and New York. After 25-years in New York City, she now resides with her husband between London and St Leonards-on-Sea in England. For news about Rachel and the upcoming Red Frog Beach Mysteries, check her out at RachelNeuburger.com.